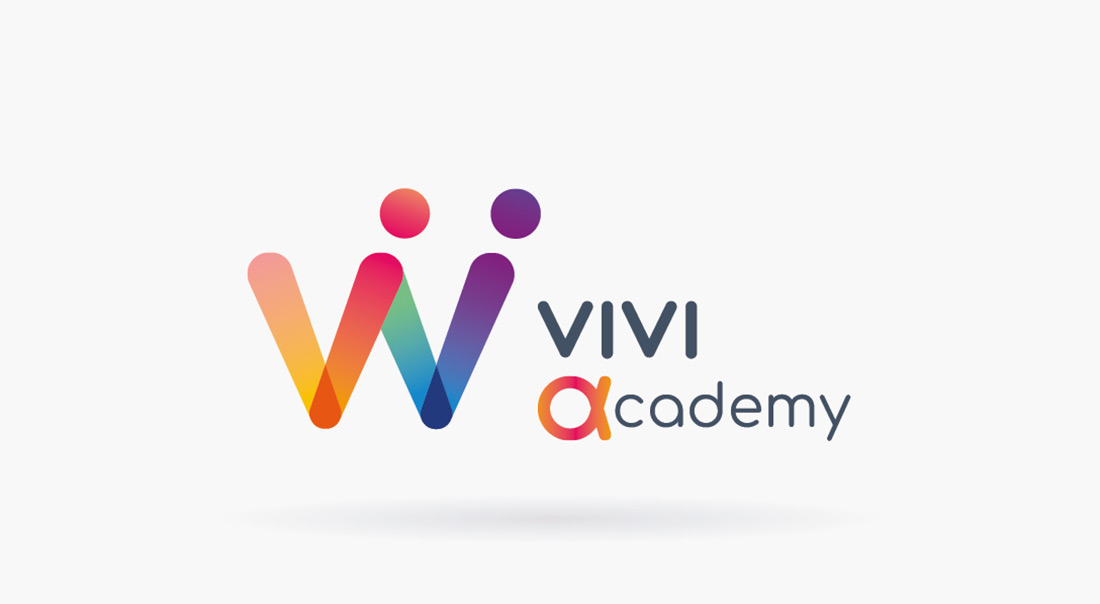 “The VIVI Academy is our commitment to the people who work with us every day”. With this mission, VIVIgas Energy has entrusted Gruppo WISE  with the launch and implementation of the coordinated image of the new VIVI Academy project, a training area for sharing, disseminating company values ​​and updating the knowledge and skills of managers and collaborators.

The VIVI Academy has three objectives: sharing and spreading corporate culture and values; reinforcing and updating knowledge and skills; communicating and interacting with the academic world, research centres and the territory.

In particular, the Brescia communication agency handled all the support needed to present and promote the initiative. We started with the creation of the VIVI Academy logo in line with the VIVIgas brand: the monogram of VIVIgas energy was combined with the Greek letter alpha, with a direct reference to the term “academy” which derives from the Greek and refers to the Platonic school of philosophy.
Alpha is in fact the first letter of the alphabet and implies the beginning, the endless principle, to recall training and education without limits for a continuous company and personal improvement.

Starting from this, Gruppo  WISE created all the coordinated images of the project  and visuals for supporting materials such as presentations, brochures, posters, invitations, totems and gadgets. Concept and visual were then the basis for the creation of ADV. 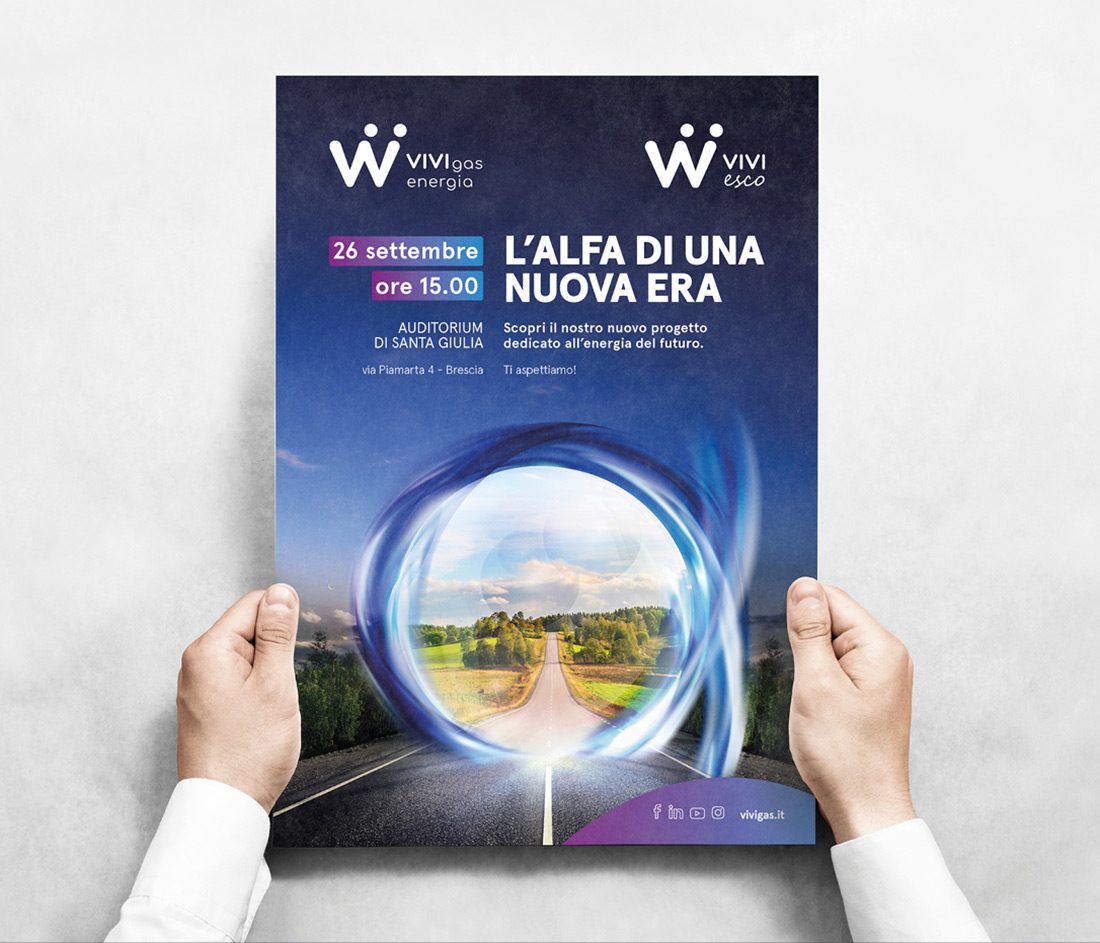 To round off the initiative, an emotional 60-second video was created that told the story of the project’s genesis, values ​​and mission.

To present the project, VIVIgas energy also entrusted Gruppo WISE  with the conception and organization of a launch event that took place on September 22nd at the Santa Giulia Museum, which was attended by over 200 employees and collaborators.

The conception, preparation and management set in motion an organizational machine that saw the event  divided into three parts.
The first was the meeting, which took place at the Auditorium Santa Giulia, where the emotional presentation video was screened accompanying the intervention of Andrea Bolla, the president  of ViVigas energy. Then following the speech of the Academy project manager,  Cristiano Liuzzo  explained the four  areas of the VIVIgas AcademY: VIVI Alfa, an area dedicated to «classic» training for the development of skills on current issues concerning energy, sustainability and innovation; VIVI Campus dedicated to all sales representatives with the main objective of equipping them with new knowledge; VIVI Eppi (Energy, Professionalism, Possibilities, Innovations), the training field of collaborators, where  unconventional forms of learning can be experimented and VIVI Smart the area that promotes the development of innovative projects dedicated to the quality of life and the environment and to the development of energy.

After the presentation, a visit to the Santa Giulia Museum was organized, a symbol of the city of Brescia, which ended with a moment of conviviality and an aperitif in the White Room of the city museum.

Every moment of the day was documented through a photo shoot and footage, which culminated in a video that was then broadcast on all the company’s digital channels, in memory of a very important day for this new company project.