BEA 2019. Gruppo Wise communication agency earns a place in the final with BeTalent. 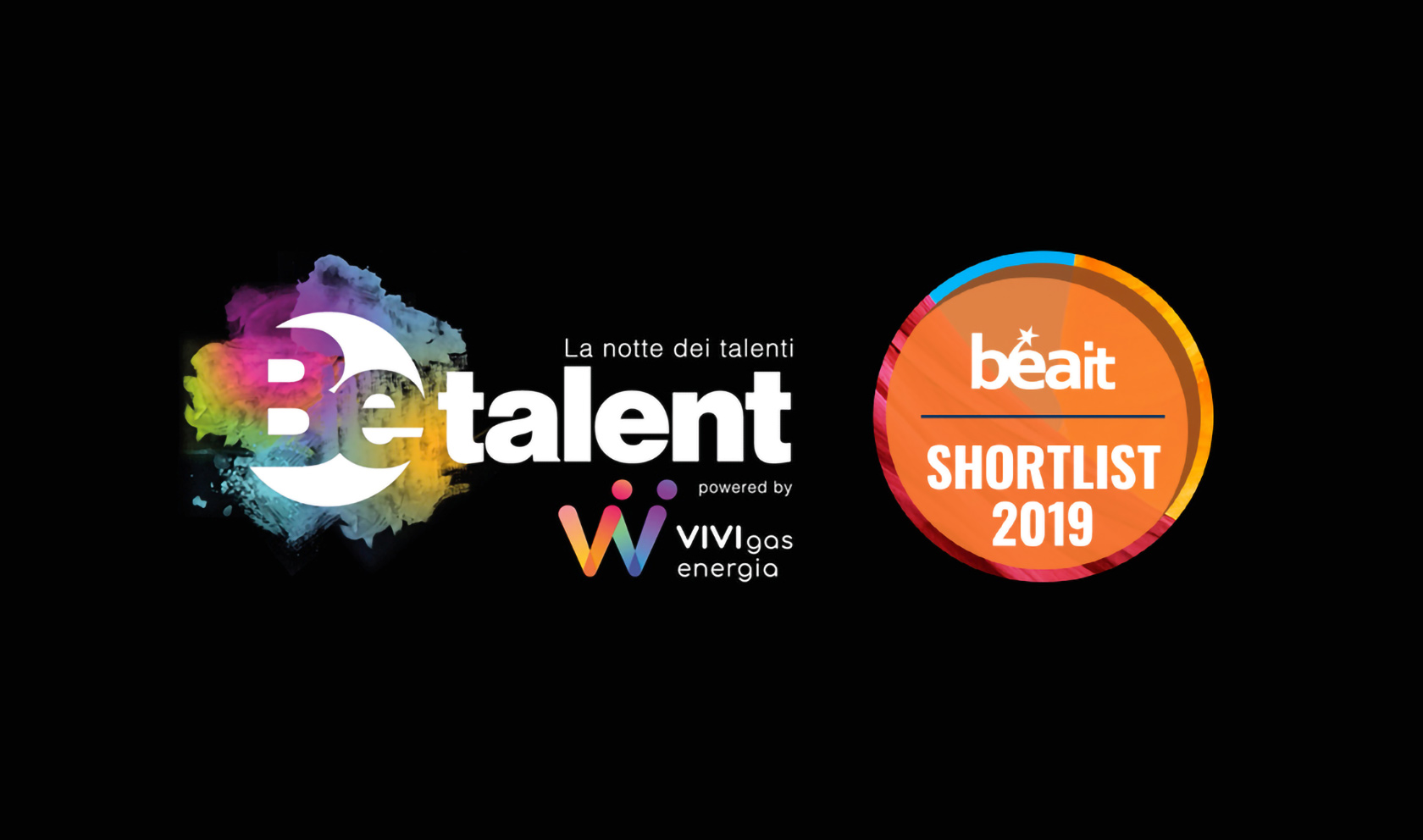 Also this year Gruppo Wise communication agency wins a place of honour  in   the final of BEA, Italy’s Best Event Awards, Italy, which  is  the festival of events and live communication that every year rewards the best events of the year in different categories and at which the most important communication agencies in Italy participate.

After the double victory of 2018, which saw the triumph of the agency specialized in integrated strategic communication and events with the 1000 Miglia Charity project, winning the 1st prize in the Non-profit-Social-CSR category and the special prize “Best Effectiveness” from the jury. This year Gruppo Wise  enters the “Short List” of the proprietary format category, thus gaining access to the final with the successful show: BeTalent.

Created, organized, promoted and communicated by Gruppo Wise , BeTalent is a talent show consisting of two phases, the selection and the show. The selection phase is divided between online pre-selection and definition of the final squad following screenings on TV and live auditions around the country. Whereas the show is divided into a ‘Piazza’ evening where the finalists of each edition alternate on stage giving the public one intense and heterogeneous show. Every year the presentation of Be Talent  is entrusted to a  prominent Italian TV  presenter, among those who have hosted the show include Maddalena Corvaglia, Juliana Moreira, Giorgia Palmas, Elenoire Casalegno, Ana Laura Ribas – while the team of jurors has always involved celebrities from the entertainment world such as Marco Berry, Stefano de Martino and Paolo Migone. It’s an all-round show that knows how to animate the public of the city that hosts it, proof of the fact that the four editions in Brescia, plus the Grand Final in the fifth year, in which the winners of the previous editions challenged each other, have attracted over 16,000  people.

Gruppo Wise with this guaranteed access to the final, will now enter phase two of the selection which will be held over a two day period  starting on November 26th at the Live Communication Week, which includes not only the juries of the BEA-Best Event Awards, Best Location Awards, Best Event Organization Awards and Best Catering Awards, but also the best professionals in the world of Events and Live Communication with the aim of facilitating the exchange of ideas, inspiring creative minds and creating new business opportunities, through conferences and workshops.

On this occasion all the finalist events will be reassessed  by the jurors – which is made up of  40 people, including  company managers, marketing and communication managers and representatives of the most authoritative associations in the sector.  Gruppo Wise  will personally talk about its project through the format of live presentations in a 3 minute long speech.

The winners – who will be judged according to the parameters of the integration of the creative concept of the event, the organizational management,  the originality of the locations used and the impact of social and entertainment moments. Instead the winners will be revealed and awarded during the ceremony which will take place on November 27th 2019 at THE MALL in Milan.